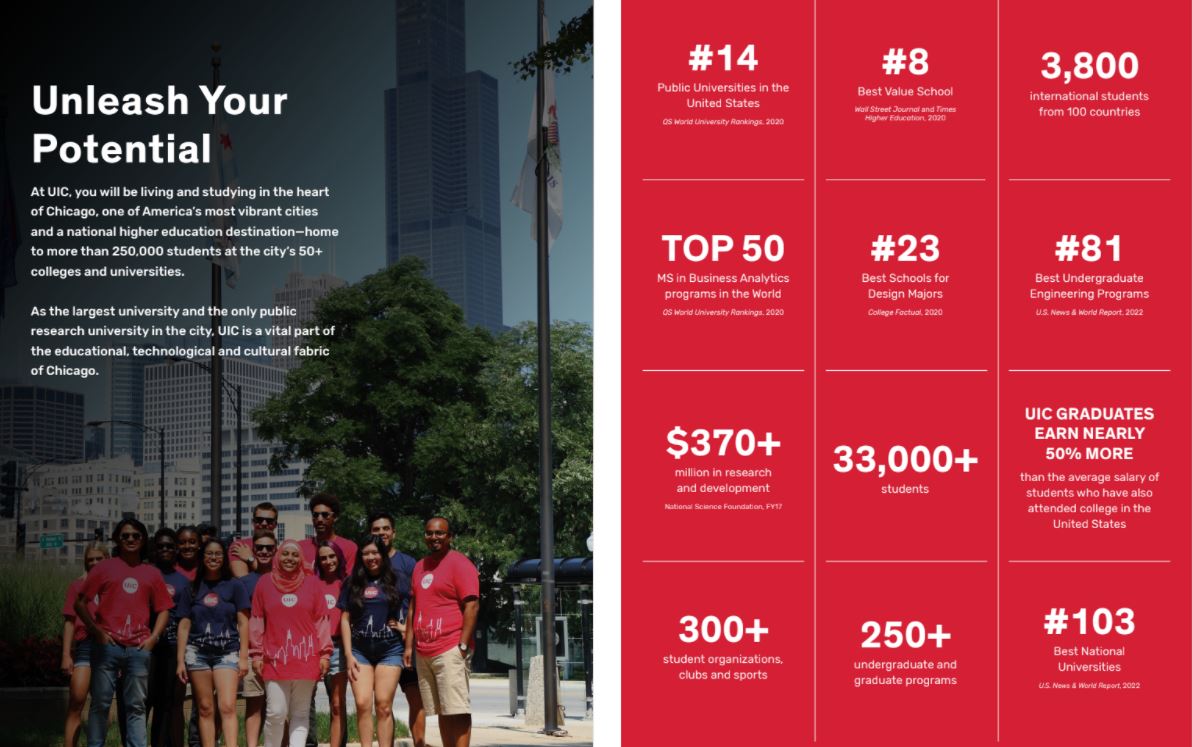 About the University of Illinois Chicago

The University of Illinois Chicago is the largest university in the Chicago metropolitan area, with more than 33,000 students enrolled across 16 colleges.

Today, UIC has become a global leader for a number of subjects, such as nursing, pharmacy, communication, education, law, and public administration and is recognized as one of the top research universities in the United States and is ranked among the top 15 public universities, according to QS World University Rankings, 2020.

University’s welcoming and diverse environment gives students the opportunity to study, work and grow alongside classmates from around the world. Many UIC students are high-achieving scholars, winning national and international recognition including Fulbright, Gates Cambridge, Gilman, and Truman awards. More than 300 leading companies such as Deloitte, Google, and PricewaterhouseCoopers (PwC) recruit on campus.

The University of Illinois Chicago welcomes students from around the globe offering them signature student experience.

As an international student enrolling through the UIC Global program, you have access to exclusive support services as part of your degree. The UIC Global team gives you personal attention throughout your entire educational journey, from application to graduation. They set you up for success with: 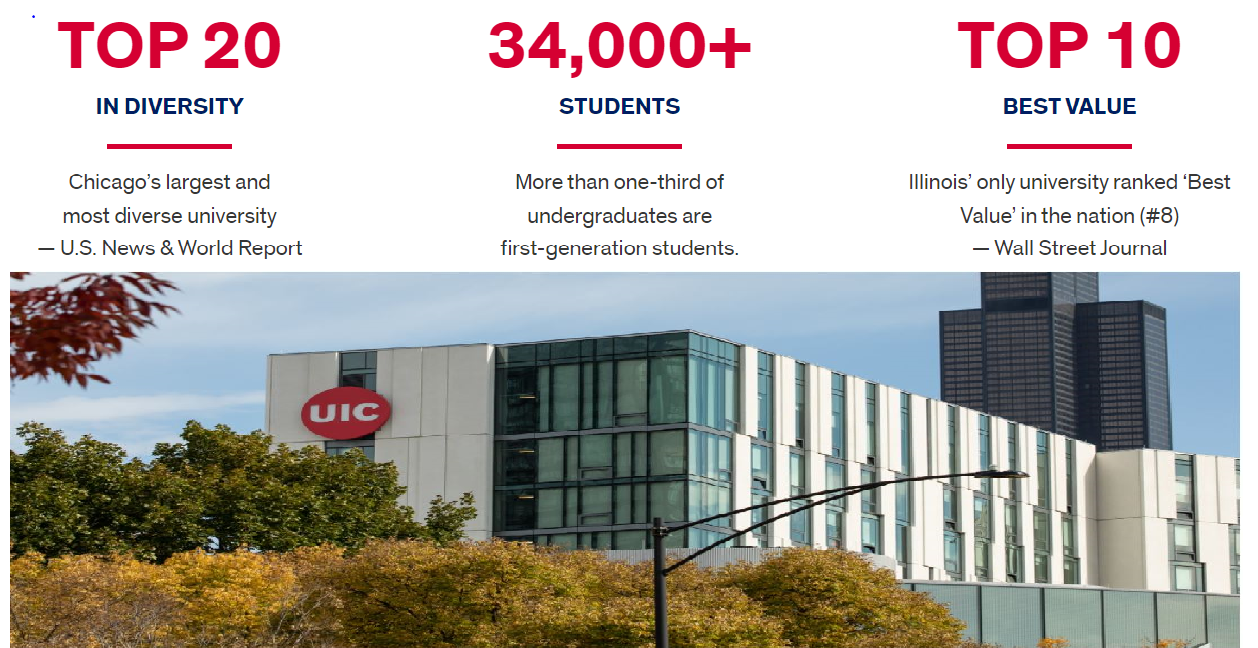